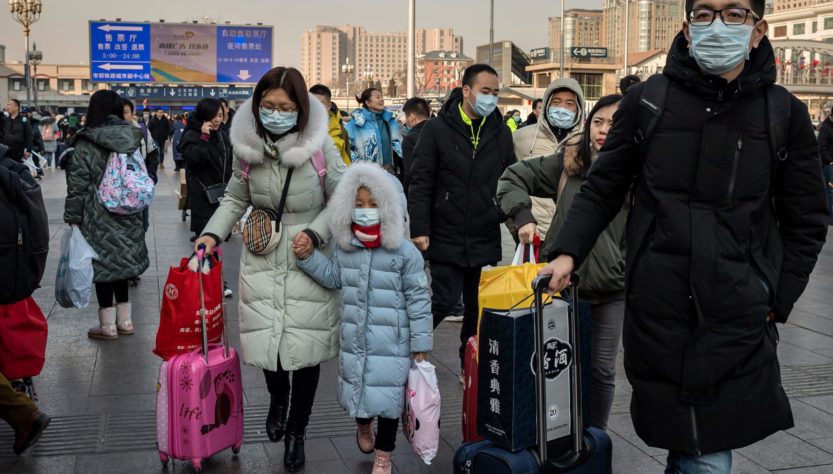 The coronavirus flare-up in China could “significantly affect” Australia’s travel segment, especially if limitations are forced on international travel to stem the virus’ spread, as per Moody’s.

The secretive coronavirus has tainted hundreds in China, activating recollections of the SARS epidemic in 2002 and 2003.

Specialists have said the present flare-up stemming from Wuhan, China has killed 17 individuals and contaminated about 600 others. The extreme intense respiratory syndrome emergency killed around 800 individuals, generally in China and Hong Kong, as indicated by information from the World Health Organization.

“While the World Health Organisation (WHO) has to date not recommended any travel restrictions if the effect on regional travel is similar to that during the SARS outbreak in 2003, passenger volumes between Asian destinations — particularly China — and Australia could be significantly affected over the next 2-3 quarters,” Arnon Musiker, senior vice president at Moody’s, said in a note dated Thursday.

On Wednesday, WHO authorities said they would reconvene on Thursday to conclude whether to classify the outbreak as a “public health emergency of international concern.” The agency’s goal will probably contain the flare-up without unnecessarily disrupting financial movement.

To worsen matters, the presentation of Australian airports to Chinese explorers is “significantly higher” today when contrasted with during the SARS epidemic, Moody’s said in the note. Tourists from China presently represent over 15% of total short-term inbound explorers to Australia, as contrasted and only 4% in 2003, the firm said.

“Any decline in passenger volumes would add to the challenging operating conditions facing Australian airports, including moderating passenger volumes due to lower arrivals from China, tepid consumer confidence and the impact of the bushfires on the peak holiday season,” Musiker said.

In any case, Moody’s said the acceleration of the coronavirus outbreak would likely “still be manageable.”

As indicated by the WHO, coronaviruses are a huge group of viruses that could cause less-serious diseases, for example, the common cold, while others could prompt more extreme disease, for example, the Middle East respiratory syndrome and Severe Acute Respiratory Syndrome (SARS).